Some teams arrived over the weekend and the rest will be rolling into Islamorada today to setup on the great open beach area of the Islander Resort.

This is the first year for the Florida 300 to score the race using the SCHRS  handicap system, we think this is a better choice for mixed fleet distance racing than the Portsmouth system used in the past. Portsmouth has been mainly used in the USA for triangle racing and more importantly has not been updated in recent years. The Portsmouth system was performance based system that could be heavily influenced by "who" was sailing a particular design rather than the performance capabilities of the boat design itself.

The SCHRS provides a systematic way of rating more than 250 catamaran classes and variants. The system is based on 12 measurements combined in a formula which is varied in the light of experience. It is widely used by clubs for mixed catamaran fleet racing, and for larger long distance events. 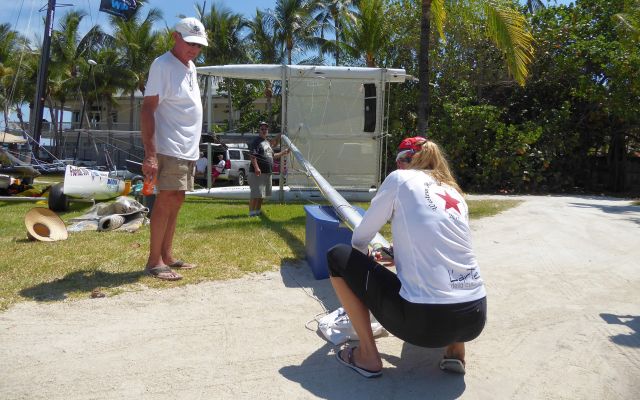